I'm sure you're all familiar with the term. It's that sinking feeling that, despite your best efforts, the quality of your work will be dragged down by your lowest common denominator.

It's hard to escape- groupthink trends towards being copacetic regardless of cost. You're polling on art direction for gods sake. Surely you understand- even if only intellectually- that this is antithetical. The committee is not going to give you a distinct, compelling vision. It can't.

Even being an outsider, just joining this forum to express a warning about the status quo I understand the social anxiety and pressure. I feel it, I just know how to discard it. Do you?

Stop throwing out ideas just to see if they stick. Either you have a compelling vision and are compelled to see it to fruition or you should face the reality that you need to find someone else with that vision and support them. Instead of a call for ideas, you should be vetting and grooming an art lead. The role of an art lead is not that of an artist, but rather the person empowered (through virtue of having the vision and the blessing) to tell the other artists yes or no.

Contributor
Design
Logistics
SpecOps
Thank you for the constructive criticism, Hushed - it is both apt and very appreciated. It helps shake up the status quo some

Personally I simply don't believe I have enough depth in art to really push any one direction, and I recognize at least some of the flaws in the strategies I've used. But with my lack of depth and time (so much to do!) instead of doing nothing I'm throwing ideas out there hoping for a bite from somebody more artistically inclined. We've had some nibbles and I'm going to make A'nW the new Art Lead to see where he can take us.

So far I'll also say we've focused more on geekier topics like architecture since that's where we've had a majority of our activity. Artists have contributed a nice array of content, but yes, it has been a little all over the map.
I link, therefore I am. I tweet, therefore I work. Rainbow collector, undaunted optimist, organic search bot, and crazy idea guy. Will give serious thought to anything at least once. Do feel free to disagree and express productive counter views, in public or via convo, any time!

Contributor
Art
One thing that bothers me in all that is the feeling that we have some double standard here. When it comes to coding or the game universe, discussion, exchange of ideas, incubation of ideas, starting from a very loose base (minecraft + dwarf fortress but, you know, cooler) that will evolve with time and every new contributor, is welcome. When it comes to art stuff, we should have a defined style right from the start and produce usable material immediatly, even though we dont know yet precisely what game universe we're supposed to populate (i know, i'm the only one who sees a problem here). The fact that some models contributed wont be usable because they wont fit seems like a big deal, even though those models take very little time to produce.
So every once in a while some guy show up with THE solution. A graphic idea? A stylistic suggestion? No : Put some guy in charge to decide of everything, problem solved, we don't have to think about it anymore. Doh.

Art, just like code, takes time, thinking, incubation. The vision of that hypotetic guy with a vision wont come to him magically from some mysterious parallele universe where gods talk to him. It's work. The most important work is coming up (?) with ideas, when it's done production is only the final step. And yes collaborative work is possible in the art field too. Artistic ideas can be exchanged, discussed. And in the game industry the vision of the guy in charge often amounts to : let's do what the others do, that's what sales.
H

I understand that you're bothered. You should be bothered. What I stated was uncomfortable at best. The reality I've commented on is not as hunky-dory as you've half-heartedly implied.

When you stepped down from art lead you stated. "...i prefer inventing creatures and bring them to 'life' rather than managing people and organizing stuff." So at some level you understood that this stuff you didn't like doing needed to be done, and that you didn't want to (or were unable to) do it, and that it was part of the role you were in. You seem unaware that this also happens with coding as well- codebases have to be maintained, pruned, features have to be prioritized, roadmaps are designed and safeguards put into place against feature creep, etc. A lead role requires the ability and inclination to say yes and no. To steer the course. To establish the style and vision. Can these things be a matter of peer discussion? Of course! But it's not a matter of peer consensus and it's certainly not democratic.

I can understand given your prior role if you took my post as an attack focused on you. It was certainly not intended to be. You realized a certain incompatibility between expectations and what you wanted to do and you did the right thing. You moved on. Maybe you had the title but not the power necessary to fill the role. Maybe you had the power but not the inclination. I don't know, but however it shook out, you recognized the problem and addressed it. Both your work and your decision are commendable, so there's no need to be defensive. Further, that defensiveness you feel makes for poor discussion when you resort to oversimplifying others statements. I posted THE warning, and A solution. I also linked a stylistic idea that I liked, but illustratively. And nowhere did I even imply that art leads are magical.

Art does take work. But progress requires that the work adds up to amount to something. If people are just creating random ephemera that are inevitably discarded, then everyone is just spinning their wheels. It's wasteful and leads to disastrous compromises.

You've explicitly stated that you were interested in game design to exercise creativity and originality. You've stated that your role as art lead wasn't compatible with that. Here you're also inferring that as art lead you weren't in charge enough to do more than just what others do. If the problem is that the art lead position is not adequately empowered to lead, speak up. Otherwise you come across as passive-aggressive and snide.

Contributor
Design
Logistics
SpecOps
My personal inclination currently is toward peer consensus and democracy, at least to an extent. Like the poll was made to get a more exact feel for what the current contributors would like to see, but not a guarantee that we'd just pick whichever option per category that got the most votes

Still not saying that's the best approach, but it beats a vacuum until something more solid firms up
I link, therefore I am. I tweet, therefore I work. Rainbow collector, undaunted optimist, organic search bot, and crazy idea guy. Will give serious thought to anything at least once. Do feel free to disagree and express productive counter views, in public or via convo, any time!

Contributor
Art
Hushed what you stated wasn't uncomfortable, it's just a clichéd solution, that's only too comfortable(that's what everybody does, let's do the same),and that moves nothing forward. I stated my disagreement, with arguments, and what my vision is. Maybe harshly, but at no point did i take things on a personal level, just stating how annoying some clichéd ways of seeing were to me. You're the one who cant take contradictions, and can only reply to it by bringing things on a personal and insulting level.

So who's passive-agressive, i ask you?
H

I'll humor you because you asked. Wikipedia is your friend in this case, I offer you the page-
http://en.wikipedia.org/wiki/Passive–aggressive_behavior
You are textbook passive-aggressive.

It's bewilderingly ironic that you would even phrase your accusation "So who's passive-aggressive, i ask you?"

I, on the other hand, am confrontational. I love to rise to a good argument- which, unfortunately, this thread really no longer qualifies :/ I don't think many would mistake me for ... passive. It will serve you well to better understand the words you use, especially against someone like me who's already explicitly stated that he's an outsider. This exchange costs me little, but you're defending something of an untenable position in a community in which you're vested.

Do you imagine this is going well?

That is a valid discussion but different people approach debates differently and I don't think a straight up confrontational approach is going to work well outside of a debate club where everybody is coming for the same reason but with different opinions.

One thing I've learned while heading up this project is that a hugely international project like this requires finding a lower common denominator with language itself - while elegant debate prose goes well in said debate club example it doesn't translate well when you have people of vastly different cultures. Approaching the situation with intent to poke holes in what was said rather than what was intended like a lawyer isn't helpful, automatically giving the benefit of the doubt and staying positive is.

Edit: Incidentally I don't mean to pull in "cultural differences" necessarily with relevance between just the two of you, but discussing in this fashion isn't very encouraging for more people to participate, especially if from different cultures/languages.
I link, therefore I am. I tweet, therefore I work. Rainbow collector, undaunted optimist, organic search bot, and crazy idea guy. Will give serious thought to anything at least once. Do feel free to disagree and express productive counter views, in public or via convo, any time! 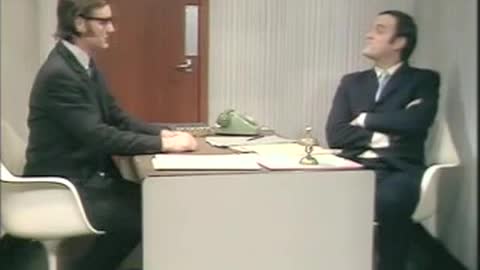 "I came here for a good argument!"
"No you didn't!"
I link, therefore I am. I tweet, therefore I work. Rainbow collector, undaunted optimist, organic search bot, and crazy idea guy. Will give serious thought to anything at least once. Do feel free to disagree and express productive counter views, in public or via convo, any time!
You must log in or register to reply here.
Share:
Facebook Twitter Reddit Pinterest Tumblr WhatsApp Email Link
Top