Contributor
Design
Logistics
SpecOps
New stable build and much merriment to be had!

Sure has been a while since the last stable build and official announcement, but I think we've collectively enjoyed the holidays and gotten a good start on the new year. Last time was multiplayer this time the rest of The Great Convergence tagged along with the codebase structure changes.

This means modules now live in their own GitHub repos, all under the Terasology organization (not to be confused with the Terasology repo under the MovingBlocks org .. yeah maybe we'll rename something sometime). They can even have their own issue trackers, wikis, READMEs, etc, along with their own line of jobs in Jenkins.

There is a pile of utility included with this change and developing is actually easier than ever despite the repo split. You can read more about that on the wiki page or in the forum thread, but in short you simply do:


Code:
To grab the code for the "Sample" module and then regenerate IntelliJ to show it as a proper IntelliJ module (more double-meaning of words yay!). You can push code back to GitHub to multiple repos at the same time too, at least using IntelliJ's Git management.

Downloading already-built modules is much the same, simply grab them out of Jenkins and put them into the "modules" directory. The default module lineup has changed and is summarized in the updated README - you can later update even those modules out of Jenkins or use the unstable build which will grab the latest version of each module on the list every time.

As usual for these days this release breaks backwards compatibility with old worlds and any old developer workspaces need a pretty big overhaul, easier to clone fresh and start again.

More structural changes are coming but focusing more on version and release handling for modules and similar logistics, moreso than the structure of the engine project itself. We might also be closing in on a world generation overhaul. Finally NUI is the hottest thing since toast and nearly done

Build changes heavily summarized (see the full change list in Jenkins - all 185 commits):
But perhaps more interesting are changes away from the engine project since all the content lives in modules now. As we get more modules that'll get harder to summarize too, will just have to keep an eye out 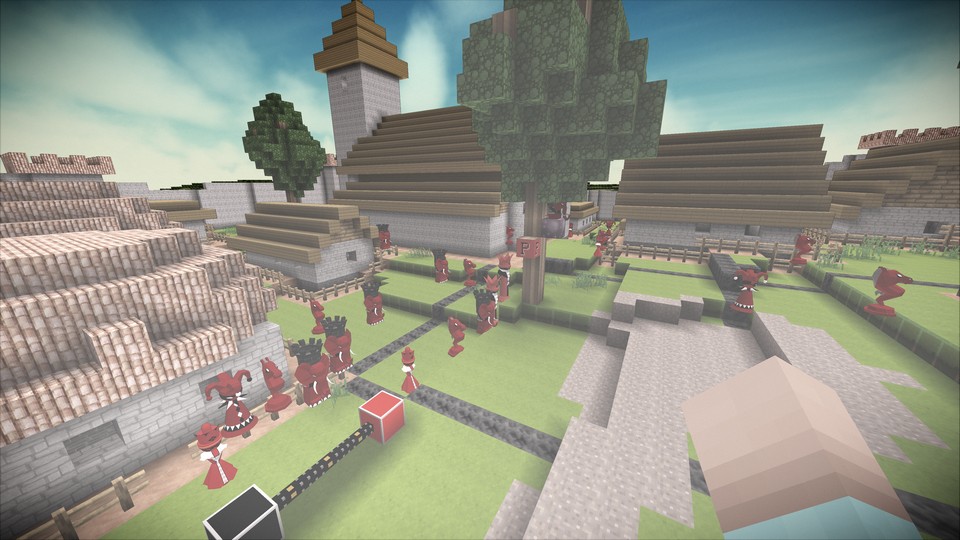 We have a kick-ass entity system with incredible extensibility, modules that can hook into the engine and other modules in amazing ways, multiplayer with lag prediction and various security measures to avoid naughtiness, and soon a great new UI system to complement everything else. We're putting quite the beastly engine behind the beautiful face begla has put on the world!

I link, therefore I am. I tweet, therefore I work. Rainbow collector, undaunted optimist, organic search bot, and crazy idea guy. Will give serious thought to anything at least once. Do feel free to disagree and express productive counter views, in public or via convo, any time!
You must log in or register to reply here.
Share:
Facebook Twitter Reddit Pinterest Tumblr WhatsApp Email Link
Top