This is a pretty unique concept and I really like this world generator. It was developed by Nicholas Bates during Google Code-In 2017. It represents the true need present for water and encourages one to think about all the problems that we would face in its absence.

Some of its features :
The world is absolutely fine but there could some improvements like a decrease in health on prolonged contact to lava (currently an engine limitation). The color of the stones could be made a little darker to make the color scheme more realistic. Other than that it looks amazing and I hope some more development in the engine could make it even better.

Here are some screenshots of the world : 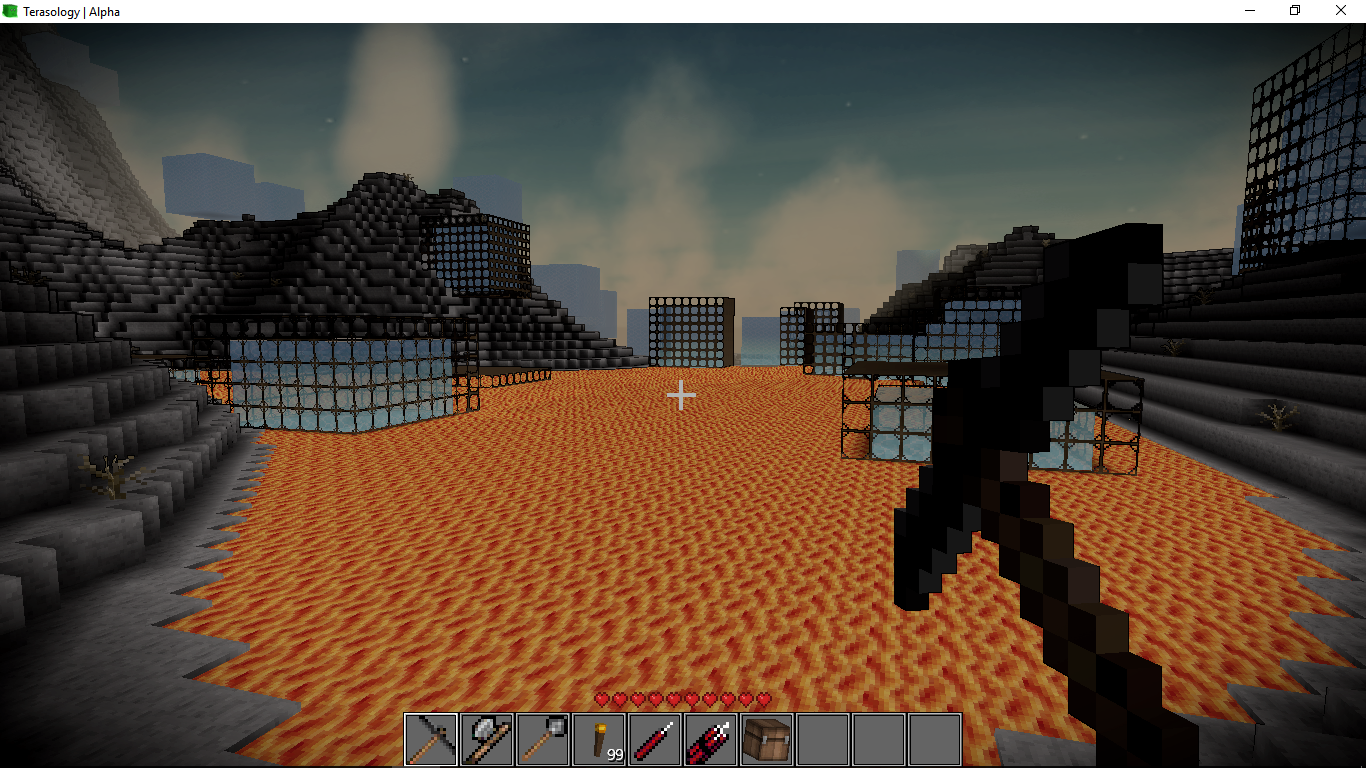 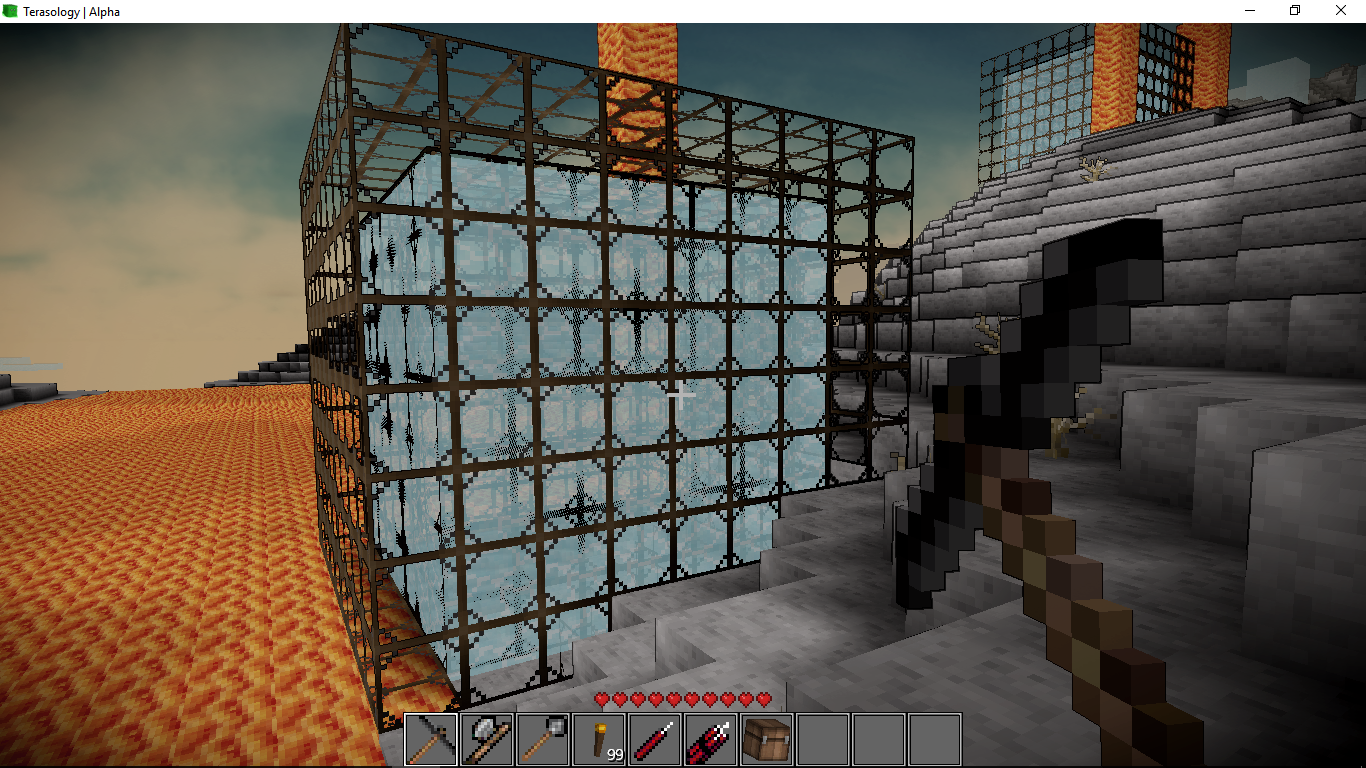 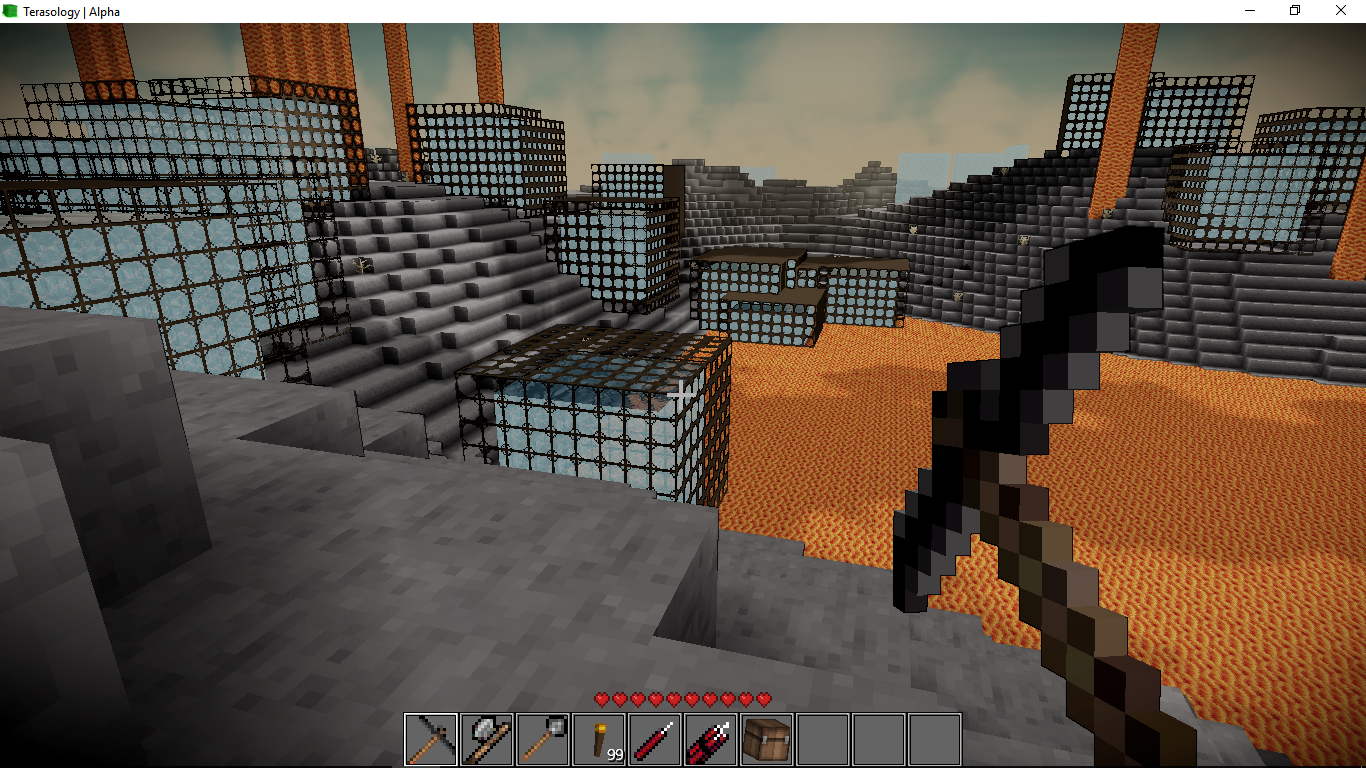 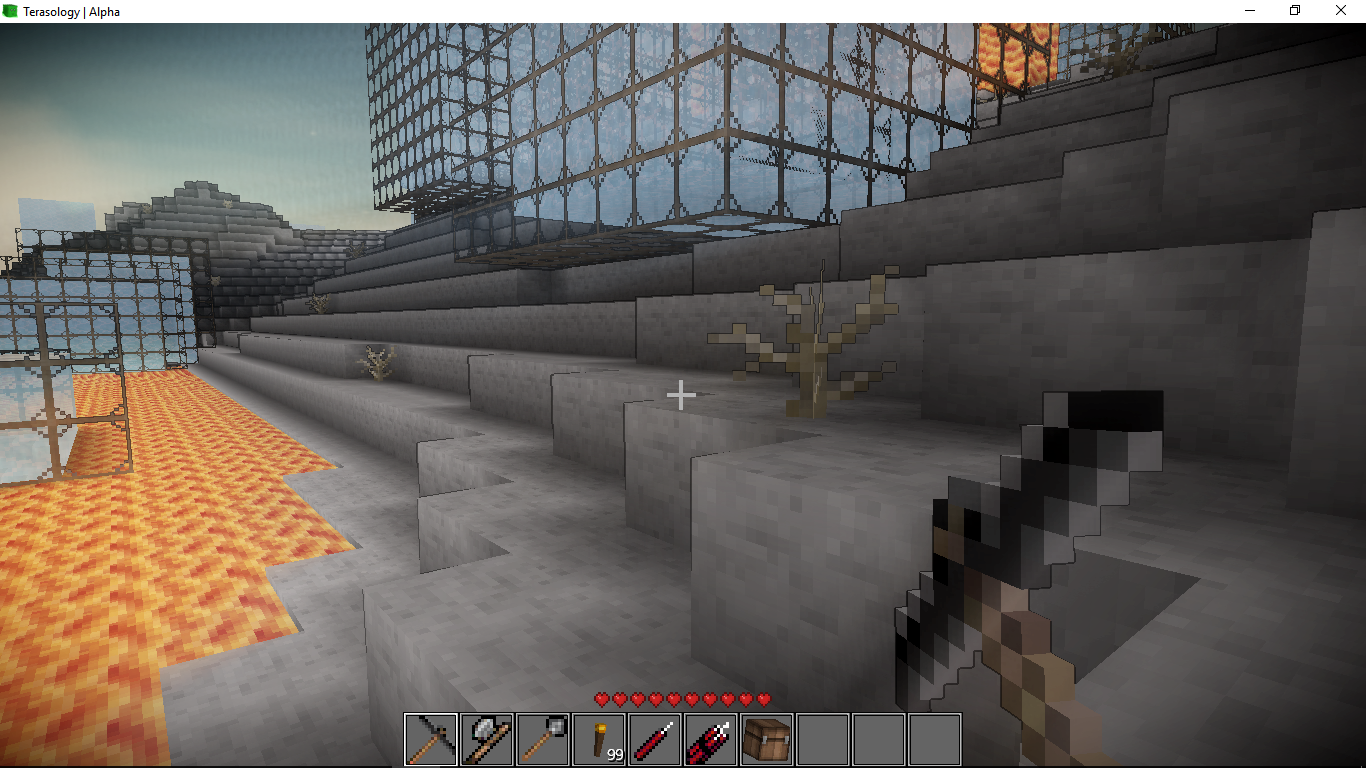