Contributor
Art
World
SpecOps
Yay, update after more than a year The following is collected from the ongoing discussion on Slack. It should be seen as a wrap-up of different suggestions, opinions, and ideas

Topic of the technical discussion in the Slack-channel: How can we achieve a limited, finite, and symmetric world for LaS?
Mainly I'm interested in suggestions and technical advice on how we can limit the world. Here are two suggestions:
I'd prefer (2) as I think it's leaves more freedom for the general world generation (could be islands, forests, mountains, ...) and allows for having a minimap of the playable area on screen for the whole map. Do you have any suggestions on how we could implement such a restriction? The inspiration for (2) is obviously the magical dome from Gothic I

@Cervator suggested a board game like level design (as depicted in some concept art by @SuperSnark) which is composed of 5 sectors. The symmetry axis divides the middle sector.
The sector concept is already visible in the PolyWorld generator, although the problem of bordering the map remains. Nonetheless, PolyWorld might be a good choice for LaS world generator. The tiled look fits good into the overall checker board scenario.

Code:
Instead of addressing the magical dome with completely new concepts, indestructible (and invisible) blocks can be used in the first instance. Adding visual effects and "force feedback" (e.g., knocking the player back) could be an additional milestone.
I wonder if this can be realized by using a system that catches and eliminates the damage the player deals to the block. It would be interesting to just make the border blocks "solid" and "indestructible", i.e., air, water, and all terrain blocks located on the border sphere.

I think we should make a roadmap to get things piece-wise done. I'd like to start with what we already have, i.e., a quite "realistic" symmetric world gen. Then we can tackle different aspects bit-by-bit. For instance, replace the tree generators with poker chip trees, refine the world generator to be more of a game board, enhance the map borders (invisible wall -> fancy magic barrier -> floating island with drop-off to Nirvana), and so on.

I try to get some concept work done in the next to clarify the possible steps we can take from now. Any help is appreciated
-- Skaldarnar

Contributor
Art
World
SpecOps
So, we now have a magic force field around the center of the world.

The dome is slowly rotating, and I think with tweaking the texture just a bit it'll give a nice magic effect. I've added some TODO note for myself, but I still want to share them with you to get some feedback 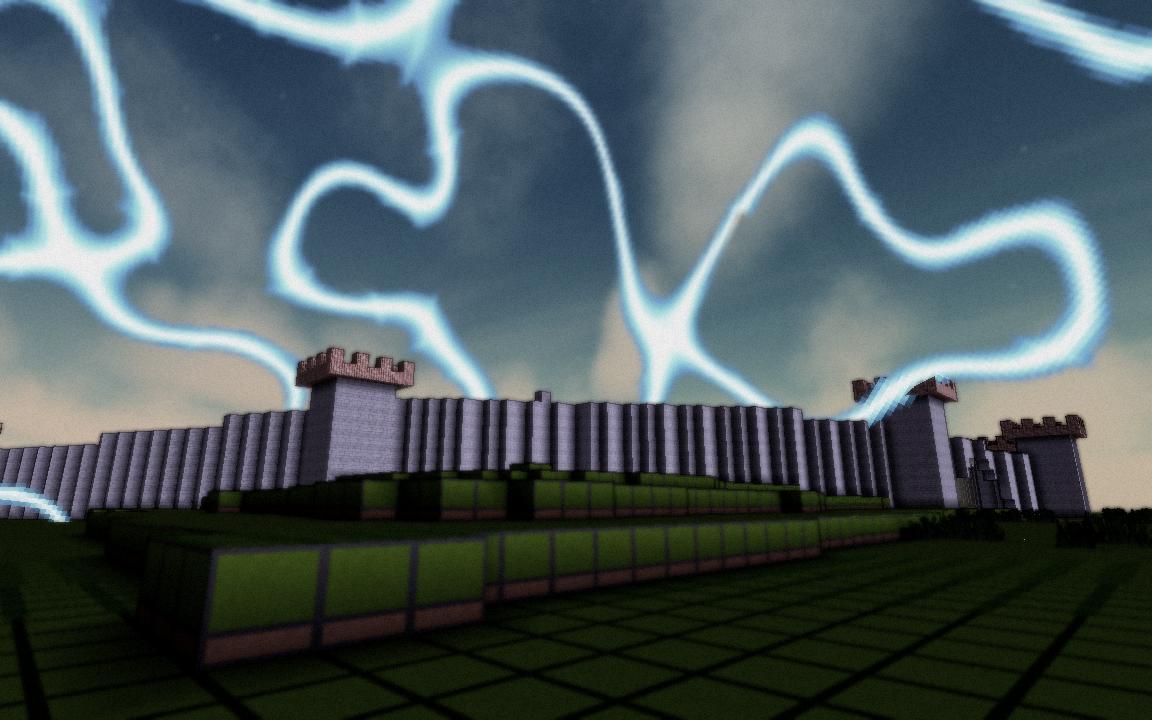 Contributor
Design
Logistics
SpecOps
Much wow, excellent future!
I link, therefore I am. I tweet, therefore I work. Rainbow collector, undaunted optimist, organic search bot, and crazy idea guy. Will give serious thought to anything at least once. Do feel free to disagree and express productive counter views, in public or via convo, any time!

Thanks for the resize - will try it soon


glasz said:
For restrics character movement, wouldnt it be possible to add a physics force, that kicks in at a certain distance from the center of the world, and completely negate any character movement?
Click to expand...

That's what I'm trying to do - I'm only missing the right spots to get it technically working I think I'll try it again today and will ask for help with some code xamples if I still can't get it to work...
-- Skaldarnar

Contributor
Hunter
1 and 2 seems fitting. Although when I started it up it instantly gave me a kind of D&D feel. Towns being encounters, paths between them perhaps for monsters and RP, the world has a tiled look of a board. Perhaps farther player grouping/clans can be developed and have moster attacks trigger something. Perhaps not even in depth, just some tools to aid for the ones who want it for RP
"just pretend to be a sentient mine cart" ~ Cervator

Contributor
Art
World
SpecOps
I'm back at it This time, the dome restricts the player's movement, you cannot escape. And with @glasz second version of the sphere I've got the scaling right as well.

In case someone wants to test out the current state of the magic dome, just grab the feature-magic_dome branch for both LaS and LaSR, and make sure to have the changes from my CharacterImpulse PR. Start a new game with LaS preset, best select the flat world for testing. You should spawn inside a huge dome. At its border, the force field will push you back inside, you cannot escape!

Tested it out and merged stuff, the dome functions in a very nice manner! The equal but opposite impulse when you hit the dome feels great, especially with "hspeed" on. Definitely spawn some particle effects

I was particularly impressed you can't even escape with the "ghost" or "teleport" commands! Although you can sort of hack it by teleporting waaay out of range. You'll get some impulse movement spam for a while, but for some reason it stops after some time. Then you technically can stay very still, look around a bit, and not be shifted further, but the second you move even slightly you start getting yanked across the world again. That did show me one oddity: after you finally get pulled back to the right surface coordinate the slight upwards impulse means you'll slowly get shifted higher and higher, rather than get pulled toward the middle of the field. In this case I had teleported about 5500m away so each spam-impulse sent me up slightly so by the time I got back I was a bit above the dome. Could also see it waaay in the distance even from 5km away!

The develop branch in LightAndShadow still has some pending work by @msteiger including the spawn platform. Maybe look into merging that? I think it would make sense to always spawn a player on the spawn platform, regardless of where they were when they left the game. Could hover up in the air over the center of the map, but under the top of the dome. Since it is meant to be a somewhat faster paced game that actually ends probably an FPS style lobby room would fit in. Maybe having that in place would also make it easier to guarantee locations / stuff having loaded right (wouldn't ever have sneaky players logging back in Outside somehow)

I don't know about the SFX. There are known issues at play already, like some location-based SFX seemingly playing for all players in multiplayer, no matter where they are (like the death sound or a fuse burning). Needs work.
I link, therefore I am. I tweet, therefore I work. Rainbow collector, undaunted optimist, organic search bot, and crazy idea guy. Will give serious thought to anything at least once. Do feel free to disagree and express productive counter views, in public or via convo, any time!
You must log in or register to reply here.
Share:
Facebook Twitter Reddit Pinterest Tumblr WhatsApp Email Link
Top