Hey, I recently did some "HD" animated textures for Purpouses like Terasology or Minecraft.
This is about: 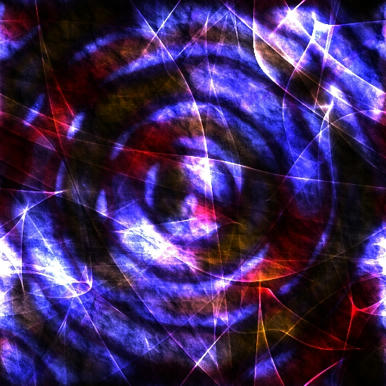 Fire:
(Background made white, because the uploaded image had it's transparency removed!) 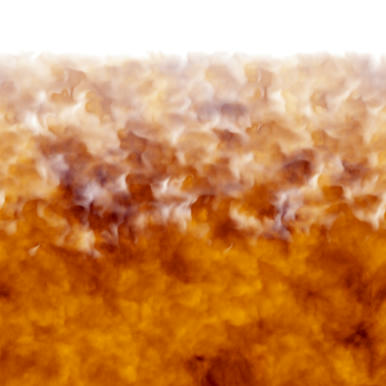 Single Fire:
(Background made white, because the uploaded image had it's transparency removed!) 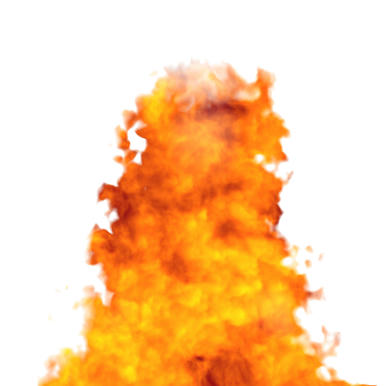 Please tell your opinion and say, if that could be used in Terasology and where. About 15 hours went into this! I would love to hear some feedback. Are you interested in such textures? Would you like animated water textures? (Only, if teralsology could even use this, because water looks awesome already.)

Would you also like to see 512x512 HD Textures for natural terrain with random textures? The style of this would be: Ultrarealistic, not like in a game.

The Fire for example could be edited in such a way, that the left and right side would be transparent aswell, so it doesn't look like a block, but like a real flame!

Hi-res support sure came out of nowhere, but cool, now we can actually support this sort of stuff in-game. I'm not sure if we could support 512x512 for world textures and still have the game run at a playable FPS, for instance

Maybe something like 64x64 would be more survivable as a starting HD option? But really, just try it. You can download the game, put your textures in a simple directory, wrap it up in a .jar and run the game without having to work out how to run the whole thing from source (you'll need a few more details on the directory structure if interested)

Will check back a little later, after work!
I link, therefore I am. I tweet, therefore I work. Rainbow collector, undaunted optimist, organic search bot, and crazy idea guy. Will give serious thought to anything at least once. Do feel free to disagree and express productive counter views, in public or via convo, any time!

I'll test the textures this evening, but although we have high-res support since today I am not sure if that holds for fire and other "effect textures" as well or if its just for block textures. Nevertheless, nicely done!
I'm looking forward to some nice block textures from you
-- Skaldarnar

Still, if I scroll through the portal frames in my image viewer it looks awesome

Either way, yeah, we need to be able to support any animated texture. And texture variants. And quantified textures like bookshelves with a certain number of blocks in em! So stay tuned
I link, therefore I am. I tweet, therefore I work. Rainbow collector, undaunted optimist, organic search bot, and crazy idea guy. Will give serious thought to anything at least once. Do feel free to disagree and express productive counter views, in public or via convo, any time!

Just added another animation at 512x512 This fire can be used, if the sides of the fire animation should not be tiled. Was very tricky, to make, but just 1 more hour of finetuning worked it out good. 30 Frames for 1 loop again. Tell your opinion. This looks much better than the "blocky" fire in my opinion.

Now we just need actual generic support for animated blocks
I link, therefore I am. I tweet, therefore I work. Rainbow collector, undaunted optimist, organic search bot, and crazy idea guy. Will give serious thought to anything at least once. Do feel free to disagree and express productive counter views, in public or via convo, any time!

Hehe, that is the problem of WIP.

It's no problem, to render this textures again for lower resolutions for higher performance. I wouldn't shrink them down, because this could kill the seamlessnes on the edge of the picture. I am thinking of animated water, but I am also thinking, how and what to animate. Since Water already looks VERY awesome in terasology, I would not concentrate on a good animated water, but adding the last missing details to water and combine both the 3D and the animated texture. I am thinking of water foam and maybe, if it could not even made be more realistic just in 3D. A very complicate desicion... So I won't start yet, since water is the most complicated anyway. Any advice from anybody reading this is appreciated. Thanks.

Contributor
Design
Logistics
SpecOps
begla would be your point of contact with anything involving water. I know we've talked about foam in the past but I'm not sure if it would be texture-based or some sort of shader magic

Could you try re-rendering a lower res version of the portal? Like 64x64 to see how it looks? Or alternatively 128x128 we can cut into a 2x2 block structure

Ideally I suppose we should be able to support doing that in the engine, maybe we already could, if we had generic block animations. Would be nice to be able to take the highest source res possible, then dynamically scale it to any x*y size portal needed
I link, therefore I am. I tweet, therefore I work. Rainbow collector, undaunted optimist, organic search bot, and crazy idea guy. Will give serious thought to anything at least once. Do feel free to disagree and express productive counter views, in public or via convo, any time!

I added the Fire and Flame Textures at 128x and also added animated GIFs. Sadly, Mediafire does not support animations, so they must be downloaded first. Any idea, how to embedd the animation to the forum?

Note: The GIFs will not have transparency, they are at alpha 256 or 0 but not in between. The actual textures are half transparent. That might be an important note: Will transparency be supportet by terasology? For Fire or so this would be interesting.


I will take my time to play the game later, so now just a question: Is snow supportet? Are there any ice blocks, that replace the water during winter? That'd be awesome!

Maybe snow animation? Er, I guess it would propably be better and even more simple, to do this in terasology. Just load 10 different snow particle textures and let them wave down. An animation would kill a lot of memory, I guess. Also, it will not look that great. Random snow particles could be used, to lower the Snow density and not decrease the performance. Arw, that possibilities. But hard to realize I guess.


The problem is, that Terasology uses Java, which yet is slower than other languages. Maybe in the future, it could be somehow implemented, that the recource intensive applications like graphics, sound and world rendering are compiled in C++, which works on Linux and Windows - Does it on Mac, too?

Contributor
Art
World
SpecOps
You can define translucent blocks, so yeah, transparency is supported by the engine. We have no snowfall atm, only some snow coverd blocks which is just another texture, no "layer" of snow. Using shaders for snowfall would indeed be great!
-- Skaldarnar

Java might not be the fastest but it is nice and easy. I suspect we'll keep use of native code to a minimum where there's no reasonable alternative in pure Java.

HeartOfGermany - if the gif isn't too big (2 mb or smaller I think?) you can just post it as an attachment straight to the forum. Then people at work places that block download sites (me!) won't be out of luck either

Not sure if it'll animate, but maybe?
I link, therefore I am. I tweet, therefore I work. Rainbow collector, undaunted optimist, organic search bot, and crazy idea guy. Will give serious thought to anything at least once. Do feel free to disagree and express productive counter views, in public or via convo, any time!

Arw, look! I added the Fire and Flame Texture as working animated gif and see how awesome it looks like!

Contributor
Design
Logistics
SpecOps
Handy to have the gifs, saves the effort of some quirky scrolling in an image viewer!

To make sure we don't forget implementing the support for animated blocks I've submitted https://github.com/MovingBlocks/Terasology/issues/628
I link, therefore I am. I tweet, therefore I work. Rainbow collector, undaunted optimist, organic search bot, and crazy idea guy. Will give serious thought to anything at least once. Do feel free to disagree and express productive counter views, in public or via convo, any time!
You must log in or register to reply here.
Share:
Facebook Twitter Reddit Pinterest Tumblr WhatsApp Email Link
Top