Contributor
Over the past few months, I have heard several people refer to the genus of gooblocks (lat. Offere triplicata), be it Offere triplicata gramina or Offere triplicata silva, or even the rare Offere triplicata montis, by the name "Gooey". That is, however, highly incorrect. "Gooey", in fact, is only the own name of the most well-known exemplar of the species Offere triplicata gramina, a domesticated gooblock, currently residing in secret location in the middle Europe. I have even had a chance to meet Gooey personally for a little while in between all the different appointments of his, as he is, as you probably know, quite busy, representing all of gooblocks', and he allowed to take me a quick photo of him that I will share with you at the end of this post. Excuse the bad quality of said photo, please, it was, for health reasons (more on that later), already after dusk and I did not have any better camera at hand.

So, what's all that about gooblocks?
Click to expand...

First of all, let us mark a clear line between gooblocks and similar species, like the commonly known slimes. Slimes ARE NOT gooblocks. They are not just a different species, they do not even belong to the same biological family. In fact, apart from the shape slimes sometimes take, and the texture and color they might sometimes share, they are not at all like the others. Slimes are all bouncy, always jumping all over the place, usually attacking and ingesting whatever comes in their way. Gooblocks, on the other hand, rather just slide around, leaving their trail of slippery goo behind, and generally avoid all other creatures they are not used to well (the sole exception from this rule being the species Offere triplicata antrum).

Biology of goo
Gooblocks are on their own quite small, yet smart creatures, of roughly round shape and purple skin, with naught visible of them but the ingestion and goo-producing holes. That is however not a sight one might see of gooblock often much, as gooblocks constantly produce their goo to shield themself - and in fact, they can produce more than triple of what they weight in an hour, given steady supply of food. Talking about gooblocks' goo, in it's natural state, its completely transparent and liquid, it only becomes semi-solid when gooblock controls it through a small voltage he is able to produce from its body; the color it then gets from one of the 23 species of bacteria living inside the goo. As outer levels of goo are quick to dry out, gooblocks spend most of the day hidden and sleeping, leading active live in night.
Regarding the gooblocks' diet, they are completely omnivorous; for their healthy grow and goo-production, they require eating of lots of plants, as well as meat and bones, and copper plus iron is important too. For these reasons, gooblocks generally live in mineral-rich areas, save the Offere triplica antrum species which goes for a more direct approach, involving attracting adventurers for the supply of meat and metals, and looting nearby vegetable fields for the supply of plant food.

Society of goo
Gooblocks are generally pretty smart creatures, most of them are even capable of speech, though they usually decide not to. They live in larger groups called "Goopools", which by hierarchy closely resemble medieval human villages. Gooblocks usually spent part of their day harvesting food for feeding themself, the rest of the day they then usually just rest or socially engage with each other. They generally have highly developed hunting strategies for fulfilling their meat diet requirements, rarely any prey they decide to take on has a chance of escaping.

And now, to end this post, I will give you the promised photo of our beloved Gooey: 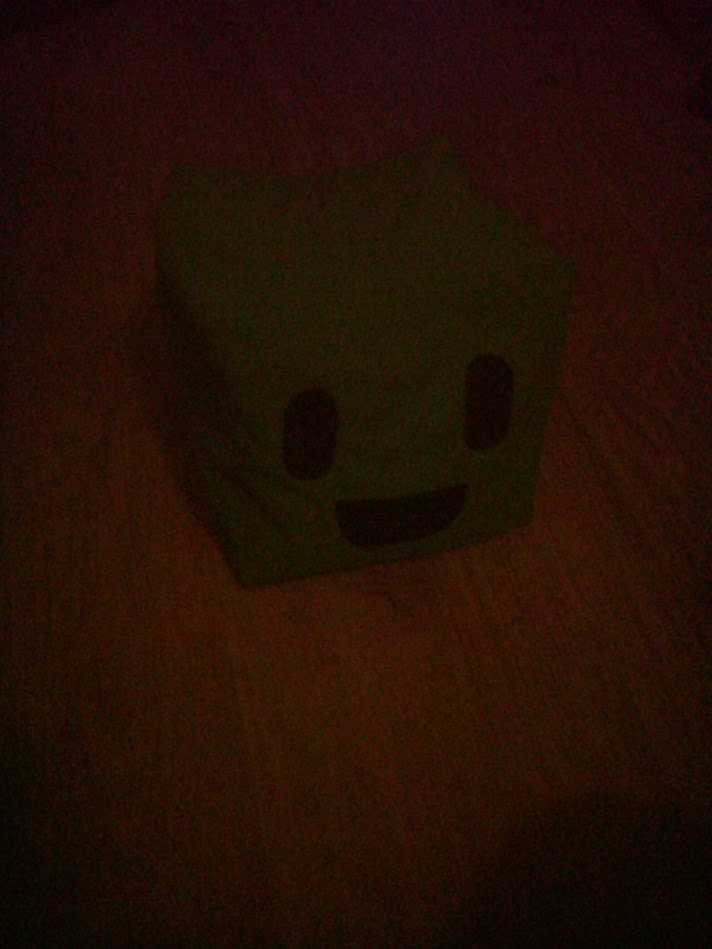 Contributor
Hierarchy of Goo
Gooblocks in every goopool can generally be split to 5 types similar to human genders, all of them required to be present in the goopool for it to thrive. "Caste" of each gooblock is determined through special ritual only upon reaching adulthood, which is at about 27 years of age, and it is completely upon each and every gooblock which caste it will choose, however, shall some tragic accident happen and the goopool suddenly becomes to lack gooblocks of some caste, it is possible for a gooblock to change its caste during adulthood. The method for that is however extremely complicated and highly painful, so goopools don't usually resort to this method as long as there is another way out of the situation. At high age, about 160 years old, gooblocks usually lose their caste-specifying marks again, making them effectively casteless.
The gooblock's "castes" (please note the following names are just english translations of the original goospeech words):

Master of swag and lore, Creator of biomes, Overseer of Sol.

Contributor
Short word about goopools
As has been told earlier, hierarchically the goopools resemble medieval village. As questions about the physical organization of goopools arose since that, here are some more details about this topic, directly from the great Gooey!
The goopool is usually centered around one or several goo-productors located in any handy dip nearby, working on keeping said dip filled with goo for usage by any gooblock. Right next to the pool of goo a storage of preprocessed food resides, for general consumption. Replicators along with the young generally also reside in the pool, as it is usually the safest place in the goopool and all the needs of gooblock can be fullfilled there.
Both the pool of goo and the food storage are usually in the open, as the goo isn't easily dissolved by rain and water actually keeps it from drying out quickly, and the prepared food is usually very durable. (remember, the food sources for gooblocks that need any extensive preparation, are mainly minerals, and meat which is being prepared on as-needed basis) Exception from that are goopools of the species Offere triplicata gramina residing generally in hot areas near sea, that shelter their pools of goo to prevent excessive drying out.
Goopools in lower areas generally also construct shelters for the protection of gooblocks during especially hot periods of time, but apart that, only a handful of farms is also in the vicinity of the center pool of goo, for sustaining constant supply of food even during bad times. All of that is then always surrounded by protection of sorts, be it only fence for blocking the movement of wild animals in the vicinity of the goopool in peaceful areas, or full-blown pallisades, for preventing direct attacks. The written records by the elders are then kept quite far from the goopool, to assure their survivance even in case of goopool dying out for whatever reason.
Master of swag and lore, Creator of biomes, Overseer of Sol.
You must log in or register to reply here.
Share:
Facebook Twitter Reddit Pinterest Tumblr WhatsApp Email Link
Top